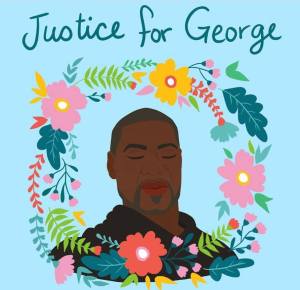 On On May 25th, 2020, George Floyd, a Black American Minneapolis man, was murdered by Derek Chauvin, a white police officer, in broad daylight, in front of numerous witnesses, who recorded the murder. George Floyd was 46-years old. He had two daughters. Chauvin kept his knee on this man’s neck for almost eight minutes while he pleaded that he could not breathe and that he was about to die. Another police officer, Tou Thao, prevented witnesses from assisting Floyd.

This is nothing new. In fact, I wrote about this six years ago when Michael Brown, an unarmed 18-year old boy, was murdered by a police officer in Ferguson, Mississippi. At the time, I — along with many other people— believed that his murder and the consequent demonstrations against police brutality, and the amazing work that Black Lives Matter — founded by  Alicia Garza, Patrisse Cullors, and Opal Tometi — activists were doing, were about to usher in a new era of police accountability in the United States.

I, and so many other people, believed that this was a new era for civil rights in the United States. That the federal and local governments were going to finally be held accountable for police brutality, which disproportionately — although not exclusively — affects people of color, and in particular, Black people.

Even in the era of mobile phones and body cameras, police are still killing people with impunity. It took five days for the officers responsible for Floyd’s death to be arrested. The country now has a president who calls white supremacists  “fine people”, who expresses public support for people who are putting public health at risk during a global pandemic, and who threatens and refers to people peacefully demonstrating against police brutality “thugs”. The father-and-son duo and former police officers who killed Ahmaud Arbery in February, were not arrested until May until there was a public outcry, despite camera footage showing the murder. Breonna Taylor was murdered in her own home by police officers who entered her home without announcing themselves.

Police brutality against Black people is not a uniquely American problem, but its visibility around the world makes Europeans think that they have a pass. They do not. You do not. French police brutality, for example, is a problem, one that, not unlike the United States, disproportionately affects non-white people. Racialized police brutality is a problem in Switzerland as well. It’s a problem anywhere that white supremacy is institutionalized.

Complaints about “looters” are missing the point: for the most part, the looters are not even members of the community. And frankly, multi-million dollar businesses whose stores are being vandalized pales in comparison to the violence enacted against people.

Arguing that “Not all cops are bad” and “Not white people” makes you a part of the problem. Being “heartbroken” and praying is no longer enough. In fact, it was never enough. We don’t need allies; we need comrades. We need people who are willing to show up, both literally and figuratively, and use their bodies and their words to condemn police violence.

Protesting in the middle of a pandemic is risky. If you are unable to, and you have the means, please consider supporting some of the following organizations:

The Minnesota Freedom Fund on Facebook also has a comprehensive list of organizations you can donate to.

2 thoughts on “The George Floyd Problem”