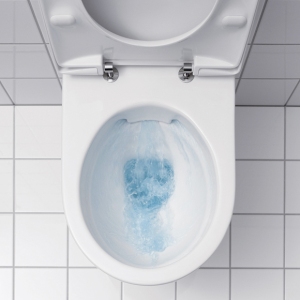 While I was studying for my Masters degree, I worked part time as a janitor.

It was extremely glamorous.

The last school where I worked, Tong High School in Bradford, England, had unisex toilets. I don’t know how common this is, but I’d never seen it in any of the schools I’d been in before (and I’ve been in a lot of schools, as I’m sure many people have).

It’s a given that men and women have to do their private business in separate areas, isn’t it? After all, we are so different from each other that there’s no way we could ever do that in the same place.

I don’t know if it was gender consciousness on the part of the architect who built the school, but I do think that not seeing boys and girls as being creatures so alien to one another that they have to pee in separate facilities has the potential to go a long way towards achieving gender equality.

In the United States, trans children are legally able to use the toilet that fits the gender that they identify as at school. Hopefully someday, gendered toilet usage won’t even be a conversation, the same way different races using the same toilets is no longer a discussion. People will be able to identify with whatever gender suits them, or not identify with any gender at all, and use the appropriate water closet. (I’m really uncomfortable with the number of times I’m having to type “toilet”.) This idea isn’t all that implausible- there are some cultures that have a third gender, and older cultures in which the current, pervasive definition of gender wasn’t a forgone conclusion until colonialism mandated rigid, “God”-assigned roles. Until then, it absolutely has to be a conversation, because in some parts of the world, being gender-nonconforming is a risk that can end your life.

For trans people in particular- although anyone not fitting obviously into their assigned gender category can feel this way- deciding which toilet to use can be a real source of anxiety. some have been attacked for using the “wrong” bathrooms. People think they are justified in violently assaulting people simply for existing (Media Matters explains how the media is partially responsible). It happens too often to just be a coincidence, or just be the work of a handful of sociopathic individuals. Traditional beliefs about gender, although arbitrary, mean that people believe that violence is justifiable to defend them.

If all toilets were unisex, maybe that would just be one step further in eradicating antiquated gender roles. Maybe it would be safer for people who identify with a gender different from the one that they were assigned at birth to inhabit public spaces, and they wouldn’t be attacked for using the wrong toilet because it wouldn’t make any difference.

This is not only a trans issue, although it most likely has the most obvious impact on trans people. The issue is much larger than toilet-usage. Although things like this might seem inconsequential, I believe taking these things for granted can have less than ideal consequences.

If teenagers in Northern England can use the same toilet facilities without incident, is there any reason the rest of us can’t do the same?